Here is a sample of what you could be doing:

Day1: AUSTRALIA – TOKYO
Depart from Sydney, Melbourne or Brisbane to Tokyo, Japan. Upon arrival at Tokyo Narita Airport, a complimentary Hilton Narita Shuttle will take you from the airport to the hotel. Tour guide will assist you to check in at hotel lobby.
Hotel: Narita Hilton Hotel or similar

Day2: TOKYO (B/L)
After breakfast, visit the Imperial Palace of Tokyo – the residence of the royal family – and visit the“double bridge” (Nijubashi) over the moat. Afterwards, proceed to the Tokyo Skytree (overlook). And then we proceed to Senso-ji, an ancient Buddhist temple. It is Tokyo’s oldest temple, and one of its most significant places to visit. The Nakamise-dori is a street on the approach to the temple. Meiji Shrine was built in dedication to Emperor Meiji and Empress Shoken.
Hotel: Urawa Royal Pines or similar

Day3: TOKYO – SHIZUOKA (B/L/D)
After breakfast, we head to Mount Fuji (admission included) for the stunning tour. Japan’s Mt. Fuji is an active volcano about 100 kilometers southwest of Tokyo. Its iconic profile is the subject of numerous works of art, notably Edo Period prints by Hokusai and Hiroshige. Then visit Oshino Hakkai (admission Included) which is a picturesque set of eight ponds in Oshino, a small village in the Fuji Five Lake region, located between Lake Kawaguchiko and Lake Yamanakako. Visit Lake Kawaguchi before going to Nagasaki Peace Park. At the park’s north end is the 10-meter-tall Peace Statue created by sculptor Seibo Kitamura of Nagasaki Prefecture. Later in the evening, the tour will arrange for everyone to enjoy the famous Kaiseki Dinner, a traditional multi-course Japanese dinner, or King Crab Buffet Dinner which is one of the popular in Japan.
Hotel: Hamanako Green Tower or similar 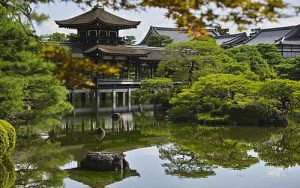 After breakfast, heading to Atsuta Shrine (Admission Included). Atsuta Shrine is a Shinto shrine traditionally believed to have been established during the reign of Emperor Keikō located in Atsuta-ku, Nagoya, Aichi Prefecture in Japan. Then, proceed to Magome-juku (Admission Included) after visiting a Jewelry workshop. Magome-juku was the forty-third of the sixty-nine stations of the Nakasendō, an ancient road that connected Kyoto and Edo during the Edo period. It was also the last of eleven stations along the Kisoji, which was the precursor to a part of the Nakasendō, running through the Kiso Valley. After dinner in the evening, back to hotel for a restful night.

Day5: KYOTO – OSAKA (B/L)
After breakfast, visit to the Kiyomizu-dera (admission Included). Otowa-san Kiyomizu-dera is an independent Buddhist temple in eastern Kyoto. The temple is part of the Historic Monuments of Ancient Kyoto UNESCO World Heritage site. Enjoy traditional beef cuisine before heading to Tōdai-ji (Admission Included) in Nara. Tōdai-ji is currently the world’s largest wood structure. Afterwards, spend some time shopping at the duty free Shinsaibashi, and tourists enjoy all kind of delicious cuisines in the nearby Dotonbori for dinner.
Hotel: Nikko Kansai or similar

Day6: OSAKA – SAPPORO – SOUKYO (B/L/D)
In the morning, you will be transferred to the airport for your domestic flight to Sapporo, capital of the mountainous northern Japanese island of Hokkaido, where you can sample its beer, skiing and annual Sapporo Snow Festival featuring enormous ice sculptures. First, travel to Furano and visit the Farm Tomita (Additional Tours). Afterward, continue to Biei, and enjoy the scenic view along the way. After lunch, visit the colorful Shikisai No Oka (admission Included). The name Shikisai-no-Oka is created by combining “Shikisai (color)” and “Shiki (four seasons)” This is a flower garden where you can appreciate the grand nature of Hokkaido throughout the year. Take a stroll along the Aoiike Blue Pond. Later of the day, arrival at the center point of Mount Kurodake, Sounkyo, and check in at the hotel.
Hotel: Sounkyo Choyo Resort or similar

Day7: SOUNKYO – LAKE AKAN (B/L/D)
After breakfast, travel to Sounkyo Valley (admission included). See the two beautiful waterfalls in the valley, the Ginga Waterfall and Ryusei Waterfall, which cascade down the 100 meter high cliffside. Also see the valley of Oobako, where the beautiful rock formation along the river is said to resemble folding screens. Continue to Abashiri and en route visit the Ryuhyo Museum (admission included). The museum provides a simulated drift ice experience in a room where the temperature is set at -15c° and get to know the small creature of “Sea Angel” which can only be found under the drift ice in Hokkaido. After, visit Lake Mashu (admission included), which has been called the clearest lake in the world. At 19.66 km² and 212 meters deep, the caldera lake is known for its remarkable water clarity as there are no rivers running into or out of the quiet lake, which adds to the mystery where the lake comes from as it is surrounded by the sheer cliffs. Proceed to Lake Kussharo where it is rumored that a sea monster once lived. Proceed to the onsen hotel and check in. Tonight enjoy the buffet Dinner at hotel.
Hotel: New Akan Hotel or similar

Day8: LAKE AKAN – TOKACHI (B/L/D)
After breakfast, board the cruise on Lake Akan and see the scenic shoreline where different view can be found between the four seasons. Continue to Kushiroshi Tanchozuru Natural Park (Additional Tours) where you find the famous habitat of the red-crowned crane. Proceed to Tokachi and check in at onsen hotel on arrival. Tonight dinner features the Toyonishi Beef and various fresh vegetables.
Hotel: Hotel Daiheigen or similar

Day9: TOKACHI – JOZANKEI (B/L/D)
After breakfast, visit Jigokudani, also known as the Hell Valley. It offers a spectacular display of hot steam vents, sulfurous streams, and other volcanic activity. Japanese seafood hot pot or bento for lunch. Then, continue to the Bear Park for the Ussuri Brown Bears. Take the Usuzan Cableway where you can have the panoramic view of Shōwa-shinzan and its volcanic lava dome (admission included). Still venting sulfurous fumes today, Showa Shinzan stands directly next to Mount Usu, which bears responsibility for the new mountain’s birth. You will also get a close up view of the Showa-Shinzan Volcano Tonight; Having local delicacies at the hotel for dinner.
Hotel: Jozankei Grand or similar

Day10: JOZANKEI – SAPPORO – AUSTRALIA (B)
After breakfast, visit the Otaru Canal. The canal makes for a pleasant stroll during the day, and a photo opportunity with the Victorian style street lamps. It’s a popular tourist destination to the canal year round to enjoy its nostalgic atmosphere. Proceed to the Kitaichi Glass Pavilion. Kitaichi Glass dates back to 1901. Here you will find several stores and art galleries. You can also visit the stores to experience the making of the Kitaichi Glass before heading to the Chitose airport for your flight back home as your trip comes to an end. 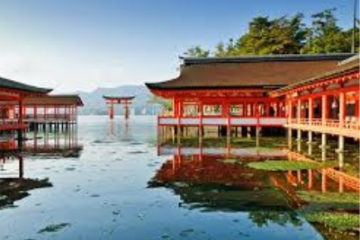 This tour will take you to fascinating 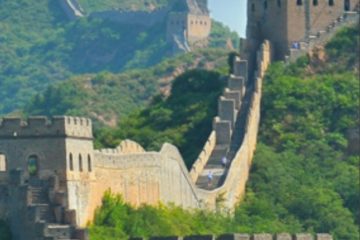 Fly to China or Japan

Can you see yourself with an Itinerary
One tour per person

Contact us for more info, or to book now: